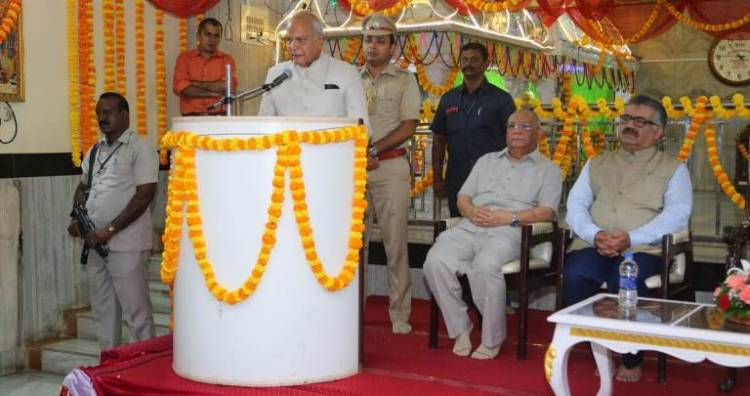 H.E Sri Banwarilal Purohit, Governor of the Tamil Nadu, today participated in the very auspicious celebrations in Chennai  along with the members and families of Lohana Community who celebrated the birth anniversary of Pujya Jalaram Bapa.

Pujya Jalaram Bapa was born on 14th November 1799 in Gujarat and he was from the Lohana Community of Gujuratis. He was a devoted bhakt of Lord Rama. During his life time he performed a lot of Miracles and thus he was revered a saint by the community.  After his departure from earth people also prayed to him and their prayers were being answered.

In Chennai, there are 196 families of Lohanas who have formed an association called Lohana Seva Samaj and Lohana Mitra Mandal to take care of religious & cultural acitivities of  Lohana Gujarati community in Chennai.