India and Nepal held the eighth round of Oversight Mechanism (OSM) meeting,Today 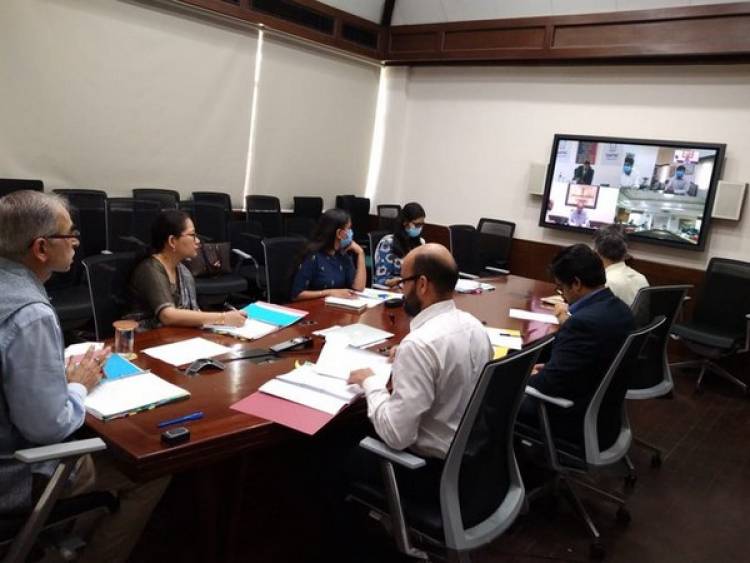 In Oversight Mechanism (OSM) meeting India and Nepal  discussed the progress made in India-assisted development projects in the last one year.
The OSM was co-chaired by Indian Ambassador to Nepal Vinay Mohan Kwatra and Nepal's Foreign Secretary Shanker Das Bairagi through video conferencing, the Indian Embassy in Kathmandu said in a statement.
The meeting carried out a comprehensive review of bilateral economic and development cooperation projects since its seventh meeting held on July 8 last year, it added.
Both sides deliberated on the issues and agreed to expedite their implementations.
"The co-chairs noted the progress made in the development projects in the last one year, including reconstruction of 46,301 earthquake affected houses (out of 50,000 houses committed by India) in Gorkha and Nuwakot districts, the operationalisation of Motihari-Amlekhgunj cross-border petroleum products pipeline, the Integrated Check Post at Biratnagar and the High Impact Community Development Projects," the statement read.
Nepal also noted with appreciation COVID-19-related assistance, including the supply of medicines and medical equipment to Nepal by India.
"Both sides have agreed to hold the next meeting of the OSM on a mutually convenient date to review the progress made in the implementation of the government of India assisted economic and development cooperation projects in Nepal," the statement said.
The meeting mechanism, set up in 2016, to monitor the progress of various India-assisted projects, was attended by representatives of various ministries, departments and agencies of Government of Nepal, Officers of the Embassy of India, consultants and contractors engaged in the implementation of the projects.

Indigo Kids Edutainment presents An Arabian Night, based on One Thousand and One...

The rupee lost some ground as it weakened by 8 paise to 67.35 against the dollar...

India vs Australia Second Test scorecard, The following is the scoreboard on the...

With an aim to support the students in their academic pursuits amidst the Coronavirus...

Kaspersky reports a drop in the cyberthreat incidents in...

Kaspersky in a recent media event in Bangalore stated that India has shown a positive...