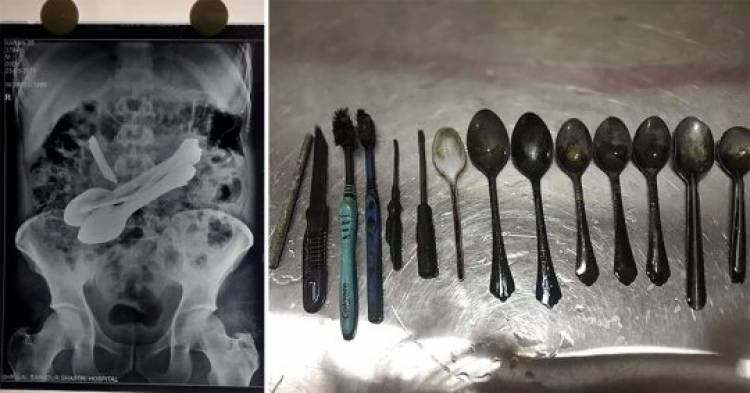 MANDI: In a bizarre incident, a man in Himachal Pradesh was found with seven spoons, two tooth brushes, two screw drivers, a metal rod and a knife in his stomach.

The mentally-challenged man was being treated at the Lal Bahadur Shastri Government Medical College in Mandi where doctors on Saturday said the patient's condition is critical.

The man came to the hospital with acute stomach ache and an X-ray revealed he had metallic objects in his stomach.

The Indian Space Research Organisation(ISRO) has said that the launch of GISAT-1...