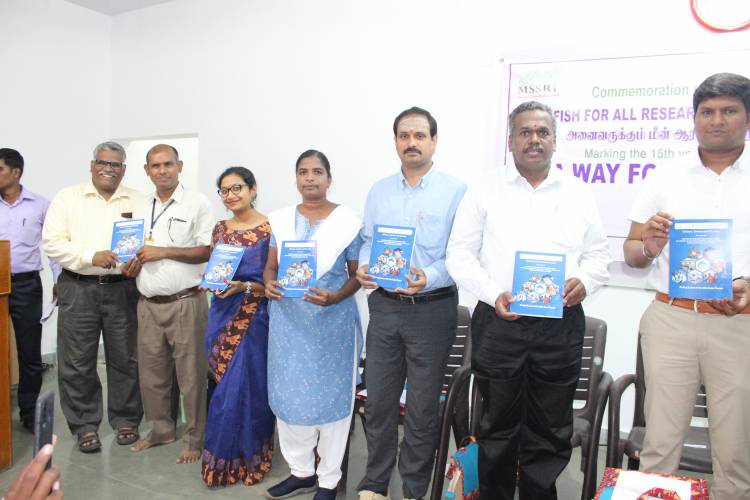 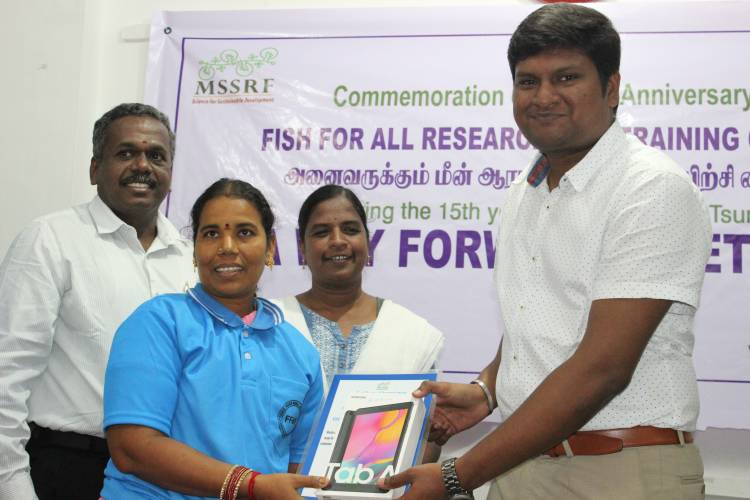 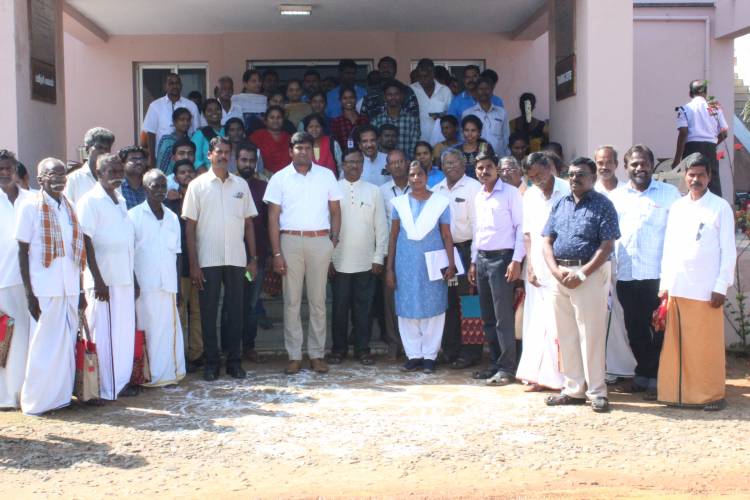 The gathering at Tamil Nadu’s historic port-town of Poompuhar on the anniversary of the Indian Ocean tsunami, included one group in bright blue t-shirts. Called ‘Fisher Friend Ambassadors’ these were master trainers identified from five states of India to be change agents for the millions of fishing communities of India.

They were among over 100 community members and stakeholders who were part of the 10th anniversary of the Fish for All Research and Training Centre of M S Swaminathan Research Foundation (MSSRF). The past decade has been spent in multiple initiatives for coastal communities, reaching over 1.5 lakh households across eight Indian states.

District Collector, Karaikal, Mr Vikranth Raja IAS, emphasized on the need for responsible practices. “As a member of the coastal area myself, I know how difficult it is to get the confidence of the fishing community. This seems to have been accomplished over the past decade; now we need to ensure this is retained and get fishing communities involved in sustainable fishing.” He emphasized also on community learning across locations.

In his inaugural video message Prof M S Swaminathan, Founder MSSRF thanked the fishing communities for their ownership and partnership that had made their work possible through the years. “Fish for All and Forever means that we need to ensure through participatory research that we have adequate livelihood for future generations as well.”

A series of new initiatives were launched on the occasion. These included: Food fish Germplasm Conservation - with PMBGR Centre of NBFGR, Cochin; MoUs with Centre of Advanced Study in Marine Biology, for Training and Research collaboration; with Hexitro Private Ltd for production and marketing of value-added products from fish processing; launch of the community-based artificial reef program with TNFDC, Government of Tamil Nadu.

Recalling the decade-long journey and thanking all those who had contributed to it, Dr N Anil Kumar, Executive Director, MSSRF, suggested that the base from the work done, could help position the centre, as a ‘Biopark’ (environmentally sustainable model), for marine culture. Dr S Velvizhi, Head Fish for All Centre, MSSRF said they have grown significantly from 13 to 214 partners and from 100 to 150,000 families in 10 years.

During the meeting, thirteen Fisher Friend Ambassadors were recognized for their years of service and given a tab to continue as knowledge ambassadors serving the community.

“It was in fact technology that saved many lives and with the help of the Fisher Friend Mobile Application I have helped many fishermen over the past few years” said emotional Mr Joseph Rakesh from Kanyakumari district. Having lost his mother to the tsunami, it was his wife with an infant in hand who egged him on to serving other fishers. “The first time I held an android phone in my hand for the Fisher Friend initiative, was special. From then, there has been no looking back,” he said.

It was 15 years ago, that the tsunami wreaked death and devastation and in this district alone, over 6,000 people lost their lives, while thousands were rendered homeless and their livelihoods shattered. What emerged then was the need for specific research and support for the development of coastal communities who are most affected by such natural disasters. This is where the renewed need for research and technology were seen and the permanent Fish for All Research and Training Centre was established in Poompuhar in 2009.

With the ton of Cheteshwar Pujara, India stumped Day 3 of Third Test wutb 360 for...