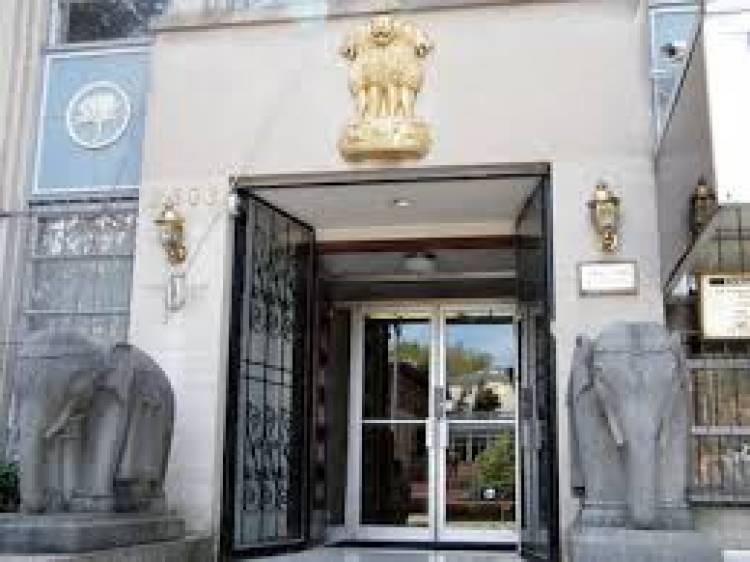 The Indian Embassy here has issued an advisory on travel to India amid coronavirus spread,saying the centre has susupended all visas with some exceptions including diplomatic and official travel.

In a statement,the embassy said that the visa-free travel facility granted to Overseas Citizenship of India(OCI) carholders is kept in abeyance till April 15.

The announcement comes after the World Health Organisation declared coronavirus outbreak a pandemic.Coronavirus which originated in the Wuhan city of China has so far spread to more than 90 countries infecting over 1,10,000 people.

"All existing visas,except diplomatic,official,UN/International Organisations,employment and project visas,stand suspended till 15 April 2020.this will come into effect from 1200 GMT(0800 EST) on march 13,2020,at the port of departure,"read the statement.

As cases in the country reached 60 as of Wednesday,the government has announced that incoming travelers,including Indian nationals,arriving from or having visited china,Italy,Iran,Republic of korea,France,Spain,and Germany after February 15 will be quarantined for a minimum period of 14 days.

The embassy further said that international traffic through land borders will be restricted to designated check posts with robust screening facilities.The Ministry of Home Affairs will separately notify these check posts.

SRMVEC conducted a Prevention Of Sexual Harassment At Workplace