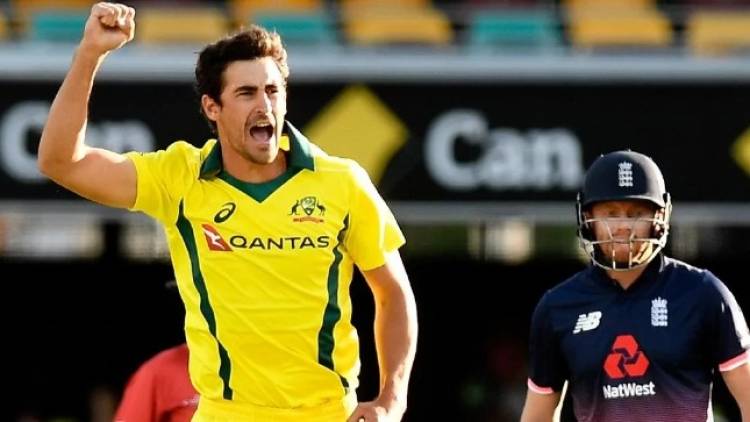 MELBOURNE: Australia have named a 13-member squad for the upcoming Twenty20 Internationals against South Africa and India without the experienced trio of Mitchell Starc, Mitchell Marsh and Nathan Lyon.

Pacer Peter Siddle, who was named as cover for Starc in the recent overseas T20I series against Pakistan, has also been dropped while the other frontline quicks -- Josh Hazlewood and Pat Cummins -- continue to be left out too, despite being fit, according to an International Cricket Council (ICC) release.

"While I know all four (Starc, Siddle, Lyon and Marsh) have a desire to be playing cricket for Australia in every format, with a really tough Test series against India coming up, we believe their best preparation is to go back and get some really good cricket under their belts in the Sheffield Shield," Australia head coach Justin Langer said.

Meanwhile, left-arm quick Jason Behrendorff and all-rounder Marcus Stoinis have been added to the squad.

The Aaron Finch-led squad will look to put an end to Australia's T20I woes, especially after being drubbed 0-3 in the recent three-match rubber against Pakistan in the United Arab Emirates.

The one-off T20I against South Africa is slated for November 17 at Queensland's Carrara Oval while the three-match series against India will commence on November 21 in Brisbane.

11 injured in US bar shooting

The Tamil Maanila Congress (TMC) would finalise by February its strategy for...

Renault TRIBER has won customers owing to its outstanding quality and superior value...