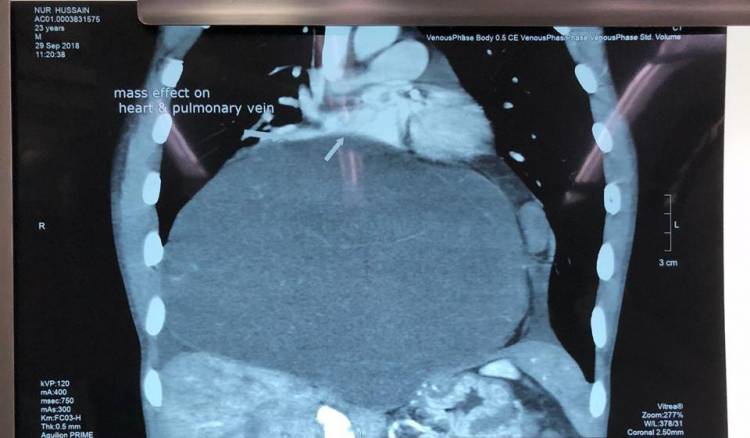 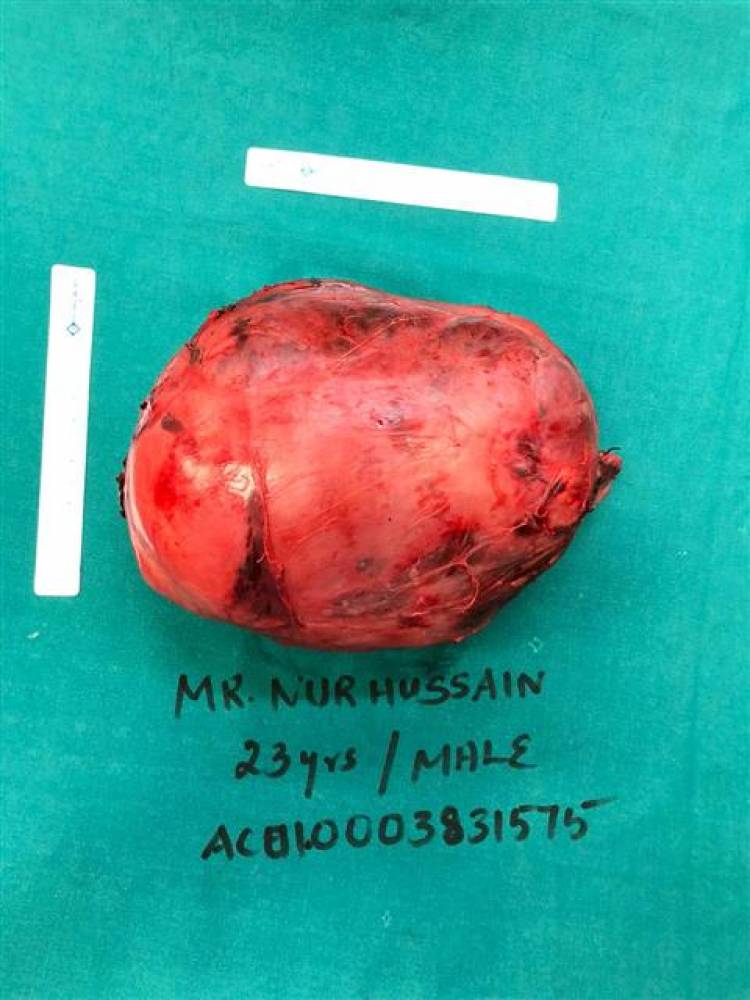 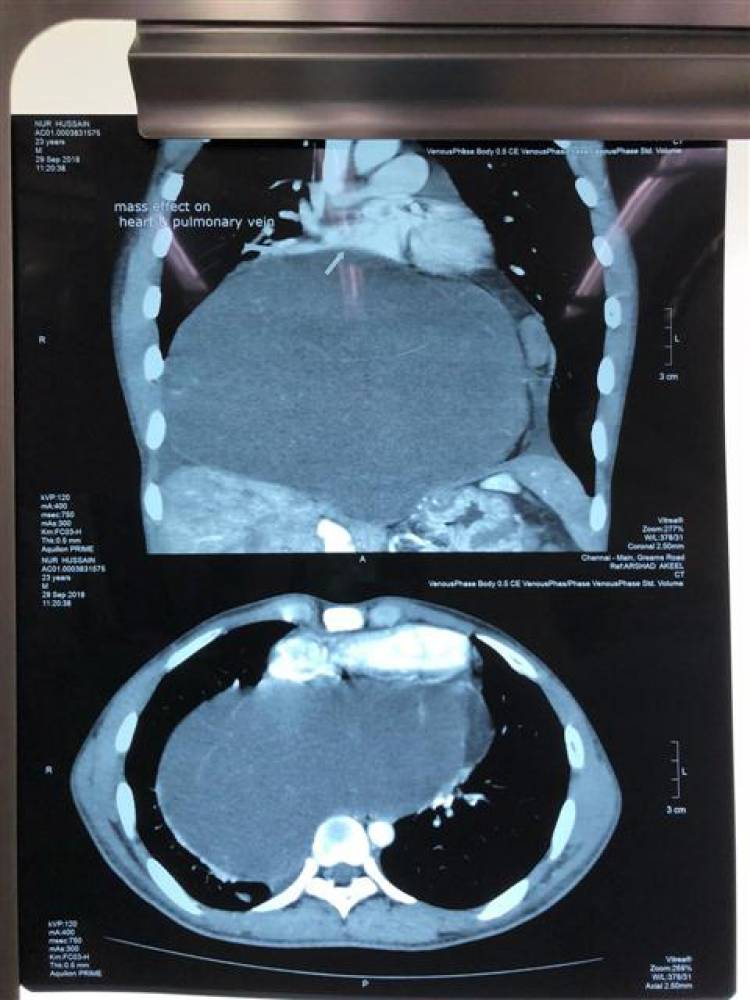 Gaurav (Name Changed) a petty shopkeeper from Assam was brought to Apollo Hospitals with severe breathing difficulty and continuous vomiting. Immediate physical examination and chest CT scan revealed the presence of a cancerous tumor in the size of a football. He was immediately shifted to Apollo Cancer Institute for further examination and treatment.

The Chest CT-scan/biopsy revealed that the tumour was cancerous and was adding pressure to his lungs, heart and the food pipe resulting in breathing difficulty and difficulty in swallowing food. This rare tumor in the diaphragm was 30 X 20 X 15 cm in size, only 25 such cases have been reported of such nature worldwide. Dr. P. Venkat,Surgical Oncologist, Apollo Cancer Institutes and team of doctors performed a Thoracotomy procedure on the patient and removed the tumour.

Elaborating on the surgery, Dr. P. Venkat, Surgical Oncologist, Apollo Cancer Institutes, said, “The patient was a young man who had a very active lifestyle but was brought to our hospital at the last hour with shortness in breath and vomiting, the underlying truth was completely different.This was a very challenging case, since the tumour was within the diaphragm (the ribcage) and was not evident. The size of the tumour was so huge that it had to be handle with utmost care, removed safely from the patient without causing any damage to the other organs. This is one such rare case that has been reported worldwide.”

Every one of us at Vistara feels deeply for all those impacted by the floods in...

Pattern of train services changes from Nov-01 to Nov-07

The pattern of train services changes due to line block to facilitate engineering...

Kitchen Cabinet is a political satire show with funny compilation of current affairs...