8 killed as bus falls into ditch in Bangladesh 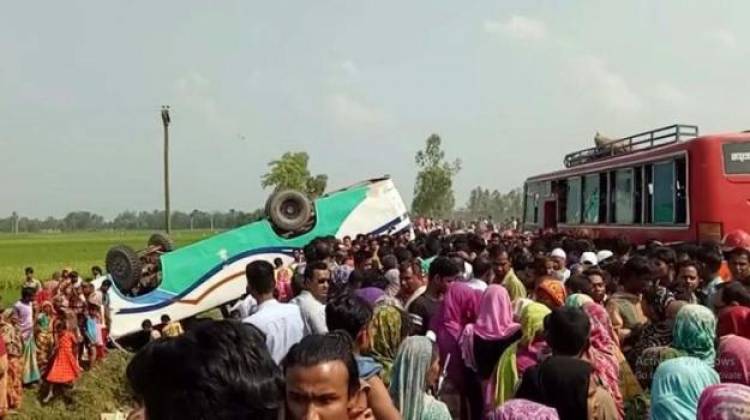 DHAKA: At least eight people, including three children, were killed and 20 others injured when a passenger bus veered off the road and fell into a ditch in Bangladesh on Friday.

The accident took place in the country's Joypurhat district, 249 km northwest of Dhaka, in the afternoon, the Daily Star reported.

The bus fell into the ditch in Baniapara area on Bogur-Joypurhat highway after its driver lost control over the steering, said Masud Rana, a firefighter who was engaged in rescue operation at the spot.

The bus was heading towards Bogura from Joypurhat, he added.

Sensex up 44 points in early trade ahead of GDP data

L&T Technology Services believes 50% of all surgeries will...

LTTS hosts symposium on future in medical robotics with University of Illinois,...

US to temporarily suspend special payment programme for...

US to temporarily suspend special payment programme for H 1B visas, The US Citizenship...

Sharad Pawar to step down as MCA chief

Sharad Pawar to step down as MCA chief, Bowing to the recent Supreme Court verdict,...