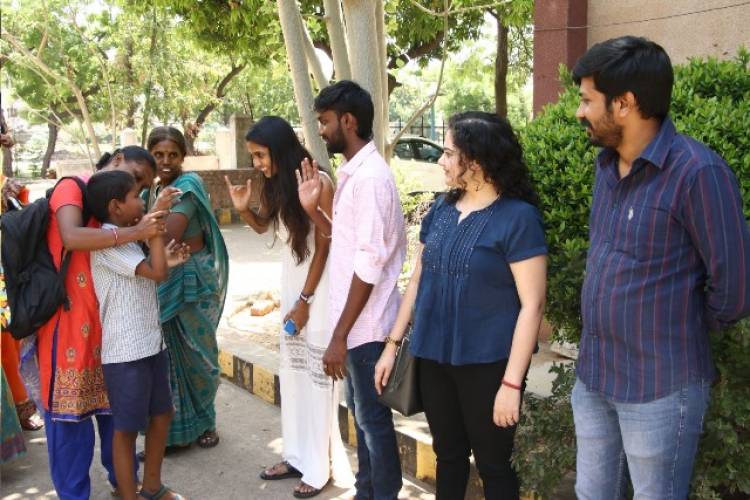 Certain joys are inexplicable and cannot be defined in words. Such happens to be the scenario for the ‘Thumbaa’ team, which has not just tasted success on commercial grounds and critical appreciations but has also garnered great appreciation from the audiences, especially the children.

Producer Surekha Nyapati says, “We are extremely happy about the wonderful reception for Thumbaa, which wasn’t limited merely to Chennai, but across other cities and overseas too. We thank each and everyone for blessing us with this success. While conceptualizing and making this film, we had labeled Thumbaa as ‘Kids-centric’ film. However, our assumptions were surmounted with surprise, where we saw even the elders enjoying the movie. Such a pleasing reception pushes us to produce and deliver content driven flicks.”

The producer, Surekha Nyapati, also shared an update about their upcoming venture saying, “Yes, we are soon launching our new project and will be making the official announcement soon.”

The team has yet another reason to celebrate as they are extremely elated over hosting a film’s special screening for autism kids. Says Surekha, “That was really the greatest of all exhilarations as the kids enjoyed each and every episode of the film. It was quite emotional to see our film amusing them, which we feel is priceless.”

Released worldwide by KJR Studios on June 21, 2019, Thumbaa features Darshan, Keerthy Pandian and Dheena in lead roles with ‘Tigress Thumbaa’ stealing everyone’s attention. Music rendered by Anirudh, Vivek-Mervin and Santhosh Dayanidhi offered more embellishments to this entertainer, which had its cinematography handled by Naresh Elan and editing by R. Kalaivanan.

Check out the official trailer of upcoming Hindi movie "PARMANU: The Story Of Pokhran",...

Actor Ganesh Venkatram has been chosen as the brand ambassador for the leading Men's...