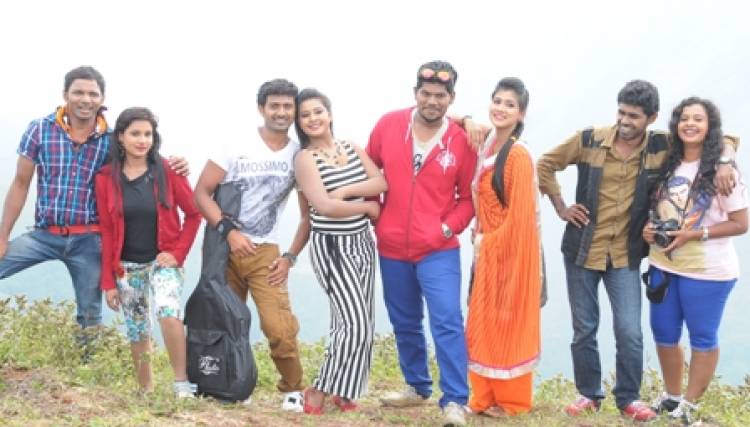 The film owns the craftsmanship of newcomers and is getting ready for release on November 2. Talking about the basic concept of the film, director Kranthi Prasad says, “My love for cinema is insatiable and that’s the reason behind sacrificing lots of big jobs that offered me big numbered remuneration. I had to make this film amidst huge confrontations and challenges. But more than the pressures involved in filmmaking, it was difficult to release the film. Finally, I decided to release the film on my own and we have finalised the release date on November 2. Santhoshathil Kalavaram will have a blend of love, friendship, humour, action, horror and thriller elements.

The entire universe is made with of positive and negative attributes with the war happening between them. It is prevalent in every individual but they are not aware about it, which includes even the ones who are educated. I have tried giving something enlightening about it in the movie.”

Tubelight in Manali making video OUT Now, The makers of Tubelight have released...

In the upcoming film Mosayile Kuthirameenukal, helmed by Ajith Pillai its lead star...

Krish to direct Venkatesh in his next film

Krish to direct Venkatesh in his next film, Acclaimed director Krish, who is busy...